Attention Deficit Disorder
Can You Grow Out of ADHD? Busting the ADHD Treatment Myths! 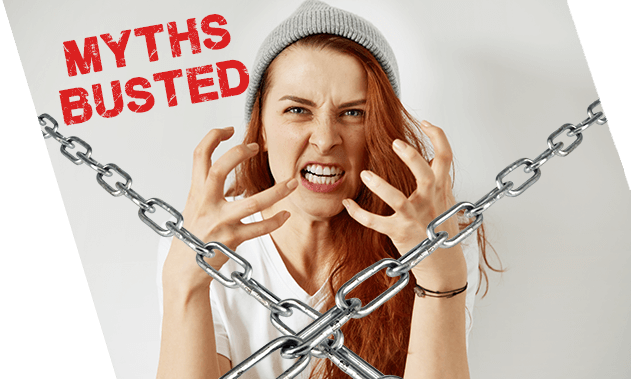 ADHD (Attention Deficit Hyperactivity Disorder) is a common condition known to affect both children and adults. The condition usually makes the patients have differences in how they process information compared to neurotypical information processing.

People are categorized as ADHD if they show ADHD patterns which include being impulsive, hyperactive, and inattentive.

Click the button below to get ADHD symptoms under control.

The condition has to be diagnosed before someone can attain the age of 12 to 16 years. Even so, the question, can I grow out of ADHD? is a highly researched field, probably because of the many myths that surround the condition. What does growing out of ADHD really mean?

We shall discuss and answer all these questions in this informative piece.

Technological advancements have enabled researchers to know quite a lot that appertain to ADHD. Such advancements include brain imaging studies. However, the societal belief system (myths) is still firm and a core hindrance in helping people with ADHD.

Here are some of the myths about ADHD:

It Is Not a Medical Condition

On the contrary, CDC recognized ADHD as a medical condition among the most common childhood conditions. Statistics depict a genetically inherited condition since one out of four people has a parent with ADHD. In addition, imaging studies have shown significant differences in brain development between people with the condition and those without.

People With ADHD Do Not Put In Efforts

Notably, the conditions are not laziness or lack of motivation. People with ADHD are usually trying as much as possible to pay attention.

People With the Condition Cannot Focus

While they have trouble focusing, they also focus intensely on matters that interest them. This myth does not hold since it is impossible to distract someone with the condition once they focus on something.

Only Male Children Have ADHD

This myth is not true since studies have shown that girls also have the condition. The only difference is that the condition is twice as common in males as it is in females.

ADHD Is a Learning Disability

While it is true that the symptoms of the condition can interfere with the learning of the children that have it, it does not case difficult in specific learning skills such as solving mathematics, writing, and reading.

Kids With ADHD Will Outgrow the Condition

Studies have shown that most kids who have the condition do not outgrow it much as some of the symptoms may tend to become less pronounced as they age. This is because as someone grows, their environments teach them how to manage various situations better. Studies have dispelled these myths completely. Therefore, the answer to the question can you grow out of ADHD? is a simple no. It is not possible, but you can be helped to handle the symptoms of the condition.

Contact a mental health expert to get professional guidance regarding relieving the symptoms of ADHD – Click the button below.

The Causes of ADHD

Studies on the causes of ADHD are still being investigated, but it has been correlated with:

Are There Any Risk Factors for ADHD?

Generally, boys have a high chance of being diagnosed with ADHD than girls. That doesn’t mean that all boys are born with ADHD.

Can You Grow Out of ADHD?

Typically, ADHD is not one of the things that someone can outgrow. It is a condition characterized by symptoms such as hyperactivity and impulsiveness. The condition is connected to the typical development of a person’s developmental stages.

How ADHD Changes: From Childhood to Adulthood

Generally, just as one learns to assimilate to their environments and behave in certain ways, children with ADHD learn how to handle their symptoms. However, even when someone’s symptoms are no longer pronounced as they did during childhood, they are usually present in adulthood. Symptoms of ADHD in adults are still hyperactivity and impulsiveness.

How Adults Are Diagnosed With ADHD?

People who have behaviors that meet the criteria for ADHD in adulthood have more pronounced behaviors. This is due to the challenges related to adult commitments, relationships, and work commitments. If you get diagnosed with the condition as a child, the chances are that ADHD continues in adulthood. If the ADHD behaviors are noticeable during adulthood, it means they are unlikely to change throughout your lifetime. 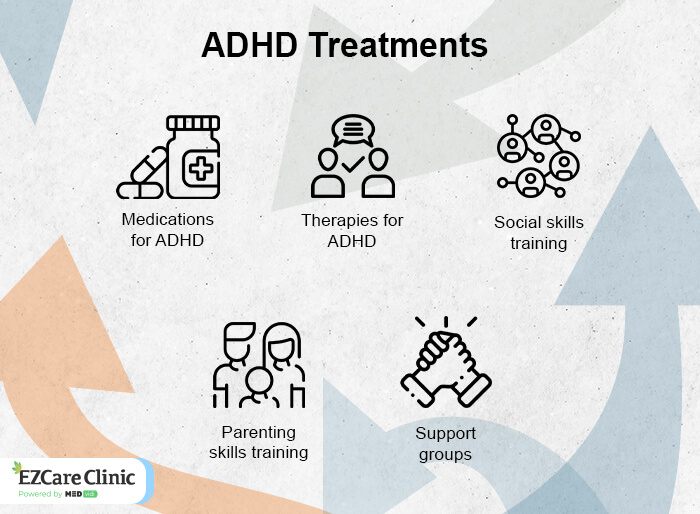 How Is ADHD Treated?

Treatment of ADHD In Adults

Treating ADHD in adults is slightly different though common methods similar to those in children. Cognitive-behavioral therapy, the use of stimulant and non-stimulant medications are recommended.

What to Do About Adult ADHD?

An adult may opt to live with a support person since class environment and teachers are not present in adult life. The support person will be helping you to manage daily tasks when the need arises. In conclusion, the answer to the question, can you grow out of ADHD? is simply no. However, you can get help on how to cope with the related behaviors. Good support is very crucial in helping both ADHD children and adults to attend to their tasks effectively. Do you wish to learn how to manage ADHD behavior patterns? Else would you want to help someone you have realized exhibit ADHD diagnosis criteria? Well, be at rest: you are at the right place.

Click the banner below to schedule your appointment with a professional at EZCare Clinic.

Real help for ADHD.
Beat your symptoms with our expert advice.

previousWhat Is Emotional Lability and How Is It Treated?

nextHow Long Does It Take for Lexapro to Work? Know All About It